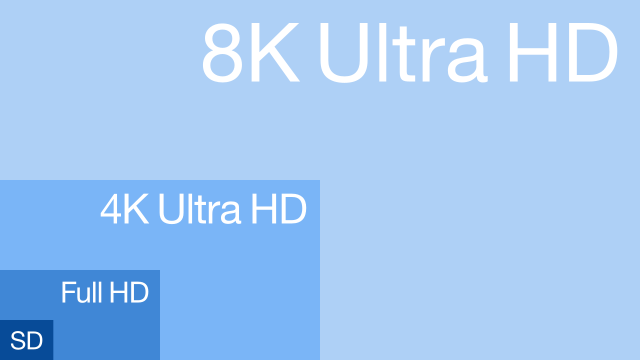 A couple of years back, 8K seemed like more of a dream or a resolution no one had yet to ask for. It has become a reality now and many leading brands have launched 8K televisions. Television manufacturers like Samsung, Toshiba, Hisense, and LG are coming with stunning models that are expected to be released this year.

Manufactures, newscasters, and production units have already started to emphasize on the new technology. Now, it is time to understand what is 8k resolution. 8K is the clearest of the pictures that you’ll ever see. 8K has four times more pixels than 4k images. 8K screens consist of 33 million pixels in total, that is a 33-megapixel image. However, on a 65-inch screen, they are so small that you won’t be able to find out the pixel structure though many 8K TVs are much bigger. It is termed 8K because images are roughly 8,000 pixels wide. The resolution is 7680X4320 pixels, so it is called 4320p.

The newest models of 8K TVs available are much thinner now and user-friendly as what we expect from our existing 4K TV models. 8K TVs will be expensive initially since only one or two manufacturers will be offering 8k resolution TVs. However, once all major manufacturers start delivering 8K TVs in the next two to three years, the market will open up and the prices are likely to come down.

The developments in the field of display technology and a consistent increase in demand for high-resolution TVs among the consumers is helping the market growth of 8K TVs. The high resolution and big-screen TVs offer better image quality, precision, and enhanced viewing experience. The high resolution of 8K technology provides a level of detail which is used for telemedicine through remote connections is also propelling the 8K technology in healthcare. However, one factor which is restraining the growth of 8k is the flip limited 8k content availability. The initial high cost may also challenge the growth of 8k market.

The growth of 8k technology is resulting in an upsurge in applications in the field of healthcare, medical, entertainment and commercial industries. Without saying, it has positive prospects in the consumer electronics segment. Products like TV, cameras, monitors, projectors are being developed with the use of 8K technology in this major industrial segment.