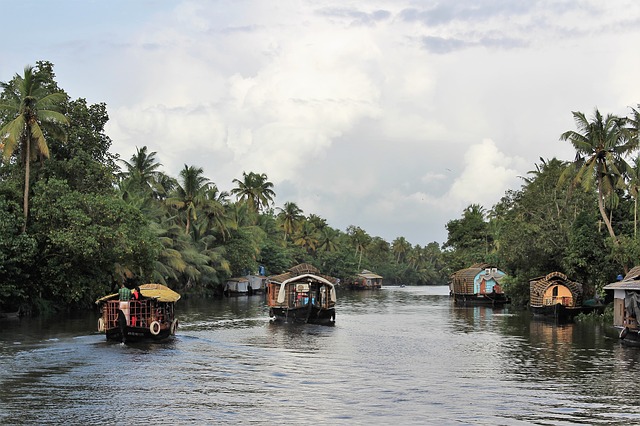 Kerala not only has the highest literacy levels in the country, but this beautiful coastal state is also the most connected to broadband internet. So much so that the state government has even gone ahead and announced that internet is the basic human right of every indigene of this state!

Over the past decade or so, internet use has been on a steep rise such that it has become a basic commodity for life – just like food, water and education! Not only that, there are new medical conditions that have become common too due to the overuse of this so-convenient broadband internet coverage, available in all nooks and crannies of the state. ‘Webo-mania’ (web addiction), eye strains, ‘computer-back’ (posterior cervical dorsal syndrome), ‘mouse shoulder’, disc injuries, lumbar sprains and strains, tennis elbow and carpal tunnel syndrome to name a few are some of these conditions.

That notwithstanding, the introduction of the high-speed broadband into the precincts of Kerala in 1993 by one of our flagship companies, Asianet broadband services has changed the lives of Keralites irreversibly forever. Due to the presence of a large population of the indigenes of the state residing in foreign lands, the high-speed internet has been a major boon for the families left behind. It has helped keep families close even though thousands of miles keep them apart. Mostly lonely ageing parents are left behind in Kerala, thus communication over the internet is a boon for them where they can see their loved ones in real time online.

Initially, it was the emails exchanged over the internet that kept the communications going, then Skype and other social media forums came in for keeping in touch with friends and families spread out all over the world. Communication by chats, free voice calls or video calls over the broadband internet come at a very cheap rate as compared to using telephones.

Broadband usage has also helped in further improving education in Kerala as many online courses are available that you can follow from the comfort of your home; aside from this, the plethora of information available on the web is very useful for students and research scholars alike for their homework or research projects. Information available on the net is also helpful for those in rural areas, keeping them abreast of the world and local events.

People are also turning away from the traditional newspapers as they are a wastage of paper and prefer to read their daily quota of news online; broadband download speeds are great and reading news from all over the world on the computer or mobile are in vogue now. Another factor is that most people don’t have the time to relax with the newspaper in the early mornings anymore, so reading the news on the go is more convenient.

With digitalization being promoted on a national level, many government/ non-government forms and official paperwork are increasingly being done online to save on the use of papers to save the environment as well as to make storage more convenient in virtual clouds. And with Keralites being educated, going online isn’t a problem for a majority of them. In fact, the advent of the broadband into Kerala was the best gift they could have asked for!