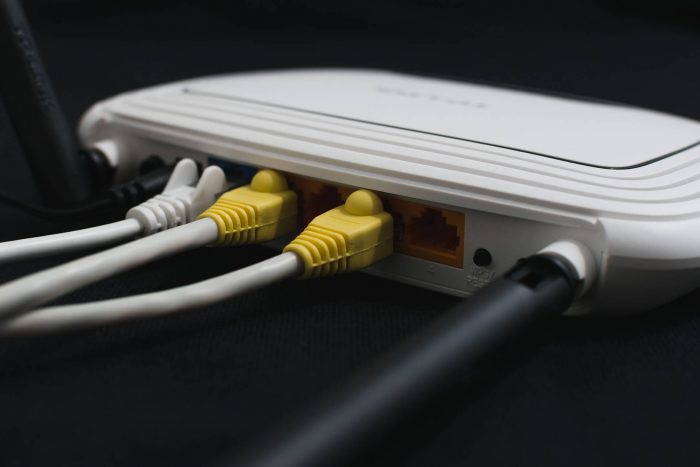 This hardware device modulates and demodulates analogue signals to encode and decode digital information which is being communicated in a bi-directional manner. The modem converts analogues signals into digital packets to make them accessible by the broadband internet. In a similar manner, it decodes incoming digital signals so your system can access the information in the analogue form.

The wired cable modem connects to a coaxial cable via a jack placed in the wall of the building. Another Ethernet cord further connects the modem to your computer or a router. Network routers enable multiple devices to connect to internet services using the same modem.

Some of the modern modems come with an in-built router within the same box. In such cases, the router may also be known as a residential gateway. However, the router is kept functionally separate within the box. Also, do note that both the modem and router come with their own unique IP address and MAC address. This is to help identify their interfaces on the LAN and WAN (wide area network). But if your modem only has outlets for a coaxial and an Ethernet connection, then yours is a stand-alone modem that will need a router for multi-user connectivity.

A cable modem is a little complex as it operates both in the physical layer as well as the data link layer; this is in addition to having functionalities at other layers too. Since it has its own IP address, it operates at the network level also. Aside from this, the modem supports protocols in the transport layer as well as the application layer.

The cable modem helps you hook up your device to a cable TV line and receive data at high speeds of around 1.5 Mbps. However, the actual speeds that can be downloaded through a coaxial TV line are about 27 Mbps and upload speeds of about 2.5 Mbps. But your local ISP may not be connected to an internet line faster than a T-carrier system at 1.5 Mbps. Hence you are more likely to get download speeds of around 1.5 Mbps only.

Cable modems are usually provided by your internet service provider and not bought separately by the subscriber.