What is Network Technology? 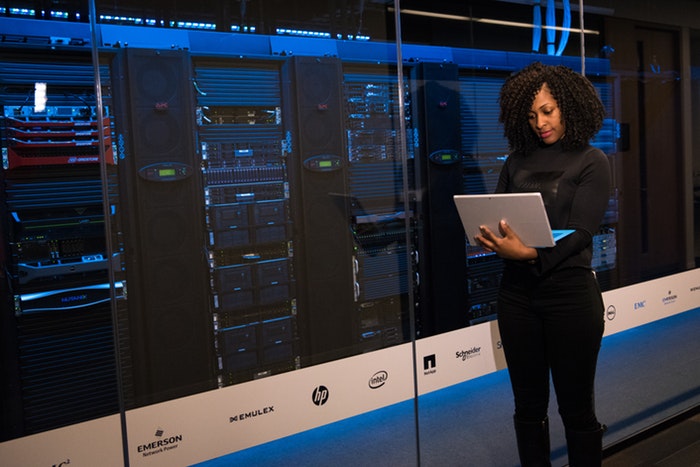 To put it simplistically, network technology refers to any technology by which two or more computers communicate with one another. This technology helps us in networking with other people through a network of computers and electrical devices. It could be as simple as using a dial-up connection between two devices or as big as the whole world wide internet network itself.

The main features covered by network technology include:

These include both cable and wireless devices such as routers, adapters, modems, etc.

These include the public and private network technologies.

These include texting and video conferencing tools as part of networking technologies.

Network technology can include home Wi-Fi connections, wired local area connections, undersea cables connecting devices or satellite signals around the globe. From the layman’s point of view though, network technology is any technology which enables two people to communicate with one another. And the only reason why we have these networks is that humans constantly need to communicate with one another. There are three main types of private networks which are subdivided based on their network size, amount of data transferring capacity and the area covered. These categories of networks include:

This stands for ‘Local Area Network’ and is the simplest form of network. It comprises a group of computers that all belong to the same organization and are linked together within a limited geographical area such as a building. It can include anywhere from 100 – 1000 users. They also use the same technology, with Ethernet being the most widely preferred option. Data transfer speeds over a local area network can reach 10Mbps (Ethernet network) and 1Gbps (FDDI or Gigabit Ethernet).

This refers to ‘Metropolitan Area Network’ and is a combination of multiple LANs located geographically close to one another within a neighbourhood of a city of up to a few dozen kilometres and connected together at high speeds. A MAN consists of switches or routers connected to each other using high-speed cables such as fibre optic cables.

This stands for ‘Wide Area Network’ and refers to extended networks that are made up of multiple LANs connected to one another over large geographical areas – such as within a state or country. This technology is comparatively expensive and speeds available are dependent on the distance. Since covering a large area with cable is expensive, WAN usually uses wireless technology. A common example is the internet.

Other types of network technology include TANs (Tiny Area Network) where 2-3 computers are involved and CANs (Campus Area Network) and are similar to MANs.